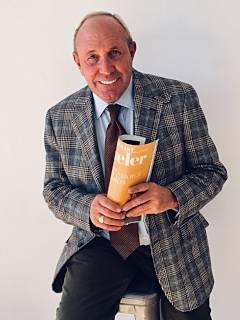 I caught up with Paul Theroux, famed novelist and travel writer, on a recent trip to Vietnam aboard Silversea’s Silver Shadow. For 9 days, I was privileged to join Paul and his wife, Public Relations Guru and Trip Organizer, Sheila Donnelly, as we enjoyed a voyage of discovery with Paul, his work, and his attitude towards being Silver. Here is what we learned.

He is one of the world’s most respected writers. His work has appeared everywhere from The Christian Science Monitor to Playboy Magazine where he won their “Best Editorial Award” for four years. He served in the Peace Corps and was expelled for his involvement in a failed coup d’état in Malawi. In Uganda, where he went to teach, he wrote a book, “Girls at Play”, that so incensed the local population that an angry mob tried to overturn the car in which his pregnant wife was riding. His books have been banned in Singapore and South Africa. His novel about his time in Singapore, “Saint Jack”, was made into a 1979 movie. He has published 56 books, including 35 works of fiction and 21 of non-fiction. But he is likely most famous for his travel writings. He is Paul Theroux, born in Medford, Massachusetts in 1941. And his life has been one of constant adventure which continues to this day. 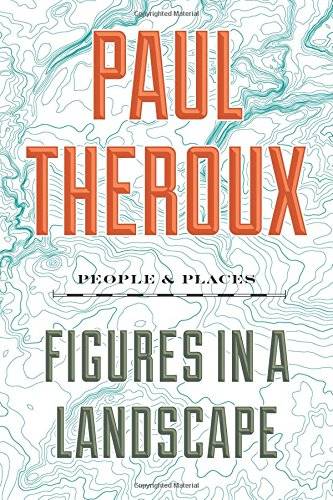 With the 1975 publication of “The Great Railway Bazaar: By Train through Asia”, Theroux’s popularity was sealed. The book, a main selection of the all-powerful Book of The Month Club, sold 35,000 copies and is still in print. Theroux’s travel writing continued with “The Old Patagonia Express” in 1979, followed by “The Kingdom by the Sea” and “Sailing through China”, both published in 1983. “Riding the Iron Rooster” appeared in 1988, chronicling his travels by rail through China. His travel writing continues to this day. Soon after our interview, Theroux was headed to Mexico, the country of his latest fascination.

On May 8th,  “Figures in a Landscape: People and Places”, his latest collection of essays, will be released. The book has readers holding their breaths as Theroux’s versatility as a writer astonishes us with travels to Ecuador, Zimbabwe, Hawaii, and points in between. He plumbs the work of fellow giants from Henry David Thoreau to Hunter Thomas. He shares his personal encounters with everyone from Elizabeth Taylor to Robin Williams.

Monte Mathews:  Paul Theroux, you have a bibliography which literally runs to 35 works of fiction and 20 works of non-fiction. Is your latest book a culmination or a continuation of the work you’ve been doing since you were 19 years of age?

Paul Theroux:  It's a continuation. My first book appeared fifty years ago. About every 15 years, I’ve published collections because I have made my living not only through publishing books but also through writing articles for magazines. I've never gotten a Guggenheim Grant. I never got a MacArthur Genius Grant. I've never had any patronage, so I’ve always had to make my living by writing, which is very satisfying, but it means that I've had to do a lot of work. The first advance I ever got for a book was for “”The Great Railway Bazaar”, and that was in 1973. My satisfaction is that nearly all my books are in print, and a lot of writers can’t say that. F. Scott Fitzgerald was one. He died when he was forty-one, I think. He was working in Hollywood, and none of his books were in print. It's the case of a lot of writers. Herman Melville was in his fifties, and none of his books were in print. Eventually, he just gave up trying to publish books, but he kept writing.

PT:  I'm doing pretty much what I was doing when I was twenty five years old: writing my first novel. I'm seventy-six years old. I will be seventy-seven in April. I'm still at it. My work habits haven't changed; my attitude hasn’t changed. I developed a routine for writing early and an interest in certain subjects early and I keep doing it.

MM:  Any thoughts on Retirement?

PT:  I'm not a retired person. Sometimes people say to me: “Are you going to keep on writing?” Or “When are you going to retire?” And I’d think “retire to do what?” I don't play golf, but I am an active person. My routine was set early. I have the same publisher I've had since I was twenty five years old.

MM:  What exactly is your writing routine?

PT:  The writing routine, which I recommend to anyone aspiring to write, is to sit down every morning. A lot of writing isn't writing. A lot of writing is sitting. I write in longhand. I don't write on a computer so that means that I can write at the beach. I could write under a tree. I can write outside. I can write on a ship. I don't need any electronics. I write the first draft in longhand. So, that’s how my day starts. Later than it used to…I have breakfast. I look at the news. I have a cup of tea. I procrastinate like most people, and then I sit down, probably around nine o'clock or nine thirty depending on where I am. I live in Hawaii and Cape Cod, but my day is the same in both cases. I have a studio, I go and sit there, and I work till about one o’clock, one thirty. I have lunch in Hawaii. I go to the beach after lunch. I usually take work with me; I take a clip board of the book I’m reading or I write at the beach and, often, if I feel inspired, I work in the early evening till my wife, Sheila, comes home from work. Cape Cod is the same except I have a swimming pool. I have a blessedly rewarded life, but it means that I work every day. I don't generally work on Saturday or Sunday. I tend to exercise. I ride a bike, I go swimming, I paddle. I usually go swimming in the afternoon. Getting some exercise stimulates the mind. I read a lot. And I’d say the essential driving force of my life is better work. And that’s writing, reading, and also meeting people, talking to people, getting out there, not being a recluse.

MM:  What is your greatest influence?

PT:  I think it's changed. The first influences that you have are not necessarily the ones that stay with you. The first influences of my life were Explorers, people who did amazing things and climbed mountains, sailed across the oceans, did brave, risky, heroic things. So, my heroes were Admiral Byrd, who went to the South Pole, Henry Morgan Stanley, who went across Africa, and then Wilfred Theseiger, who rode across Arabia on a camel. That sort of person was an inspiration. I had read enough to understand that writers are also explorers. Then later, in the late 50s and 60s, a writer was a dangerous person. Books by Henry Miller, D.H. Lawrence, and William Burroughs were banned. Their books were not available on any subject, certain language was forbidden, and books were forbidden. Forbidden books were a stimulus to me. A threat of danger was a very attractive thing to me.

MM:  What is a new source of inspiration to you now?

PT:  Nowadays, I'm inspired by older people who do amazing things, people who are living their life to the fullest. I am still doing new things and staying healthy. I'm very interested in writers my age who are still writing or writers of the past who wrote at this age. There aren’t many. In a lot of cases, a writer my age has kind of died or given up writing a book that the public wants. Not me. I am at work on a book about Mexico at the moment, I got a good advance for it by publishers interested in it, and I have enough ideas to last till I'm eighty, I'm sure.

MM:  How much time have you spent in Mexico?

PT:  I've been going there over the past two-and-a-half years. I first went along the border, and then I decided to drive into Mexico. Here’s something an older person can relate to: there are certain times in your life where people say “Don't do it, don't go to Mexico, don't go to Africa, don't write a book about Africa, don't do this. You’re not a young person.” and I say “you know I think I'll do it.” I've had a lot of warnings. Older people get all kinds of warnings from their grandchildren or their children: “Oh I don't think you'd like it”, “Oh it might be difficult”. It's very demoralizing to hear. But, people should take it as a challenge and say “You know, you may not think I can do this but I'm going to do it or try to make an attempt.” The other thing to realize are your limitations. I don't want to be the oldest person to climb Everest. But maybe you’ll say “I'm not going to go that high. Maybe I'll limit my choices. Maybe I'll do something different, less strenuous but doing it is the important thing and not feeling defeated by the young. Because the young seem to conspire against older people to prove that they know more about everything. When you get to be a certain age, you realize how naïve younger people are about the world. You know it because you’ve been through it.

One of the problems in American life is that old people are not seen as elders and sagacious or useful; they're seen as sort of inconvenient. In other societies, older people are respected. Those are the societies that value how you treat older people. Old age should be about ripening and fruition. Old people are, in fact, better able to give advice than anyone else because they've seen what works and what doesn't work. People talk about novelty, but the fact that there's nothing new under the sun is true.

People say “I've been to Bhutan”, “I've been to Antarctica”, and I say I’ve been there too. But, I’ve been to a place more interesting than anything you've ever seen; it's called the past. I've been to the past. I was alive in 1951. I saw Harry Truman. I remember the Korean War. I remember when the population of the United States was one hundred fifty million, when you could easily find a parking space in New York City. I remember the past and the past is another country. It's a place where only people of a certain age have been. The past is an amazing place and it has lessons for everyone.

MM:  What is your world view? Positive or negative or neutral?

PT:  I think pessimistically, but I act optimistically. And I think that's what you've got to do. You can't say the world's going to hell, although it's pretty obvious that it is. One of the values of travel is that you see how other people have solved the problems of old age, of transportation, of employment to understand the direction of the world and solutions.

As an American, I really don't want to live in any other country. I would like us to solve our problems: Transportation, Employment, Healthcare.

Ours is a big growing country where problems are multiplying, and then you see a solution, little solutions like they stop selling plastic bags or they build a railway or they decriminalize drugs and they won’t have a drug problem anymore.

MM:  At HipSilver, we seek to acknowledge our age but not to allow it to become a barrier to what we want to do. 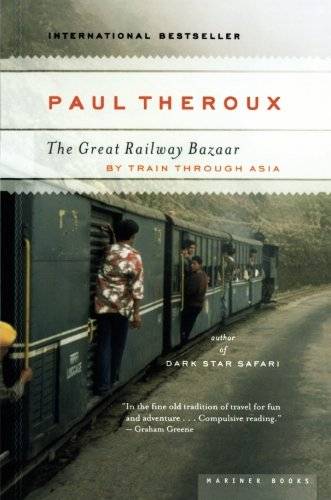 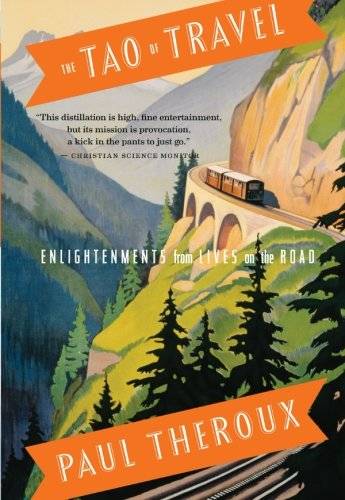 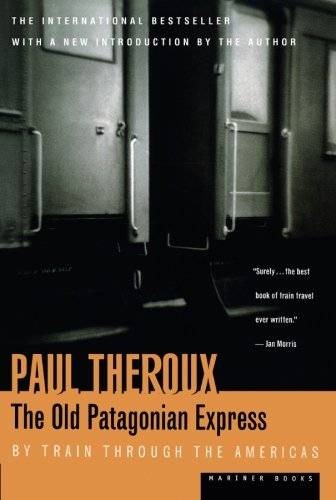 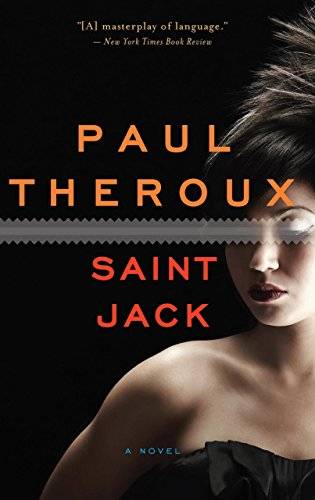 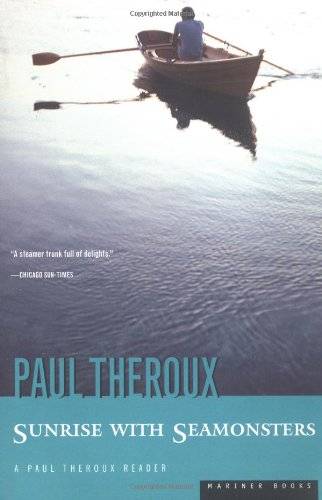 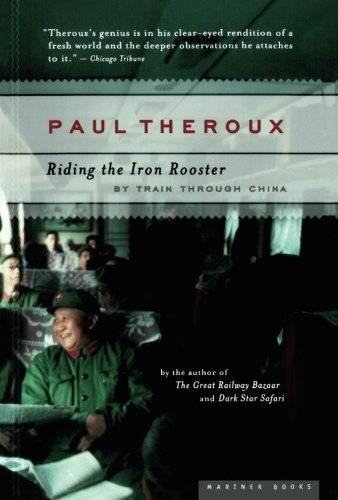 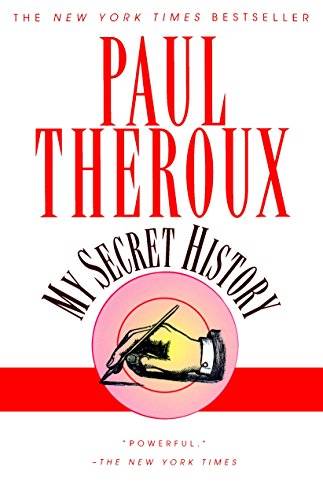 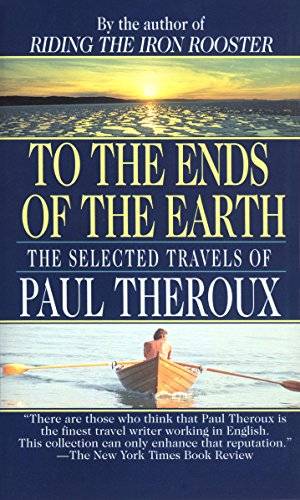 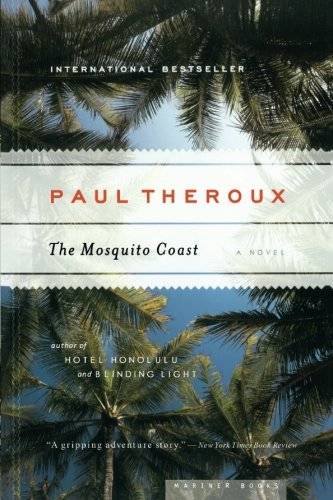